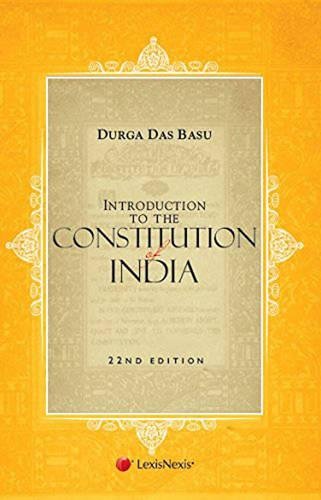 This book describes the journey of India from the day India was declared as a republic country till date. Lots of amendments have been made to the constitution since the time it was first written. The book runs the readers through every detail and provides a consolidated and analytical perspective for the various complexities present in the constitution.

Introduction To The Constitution of India is made up of 9 chapters. It covers topics like Nature of the Constitution, Administration of Union Territories, Judicature, Government of the Union, Local Government, Government of the States, the Federal System and other topics like Languages, Elections and Public Service Commissions. The book also gives sound information about the judicial system of India, especially the Supreme Court and the High Court. The readers are given in-depth information about India’s provisions for emergency situations, minorities, inter-state relations, elections and languages.

The book, Introduction To The Constitution of India, the twentieth edition, was published in the year 2011. It provides readers with a detailed background about the history, special features, philosophy and creation of India’s constitution. It also explains the Directive Principles of State Policy and Fundamental Rights and Duties vivaciously. Apart from that, it gives plenty of information about the functioning of small governments like panchayats, municipalities and planning committees.

Iconic One Theme | Powered by Wordpress